You’ve read multiple articles on the benefits of waking up early.

You even set an alarm before going to bed and you promise yourself each night that you’re going to rise and shine the next day before everyone else does!

But you can’t seem to stop hitting that snooze button.

Or do you wake up early but can’t roll out of bed because you feel extremely unmotivated.

In this post, I’m going to include multiple quotes to help you wake up early and eat that frog!

Let’s begin, shall we?

20 Quotes to help you wake up early!

As a child, I would wake up super early because my parents did too and it was so much fun because our morning routines were so relaxed.

There was no rushing before school, and I’d watch my cartoons at leisure so my whole day was smooth and productive.

But in the past few years, I started sleeping late and waking up later than usual.

I noticed I was moodier, hardly had time to do the things I wanted, and just felt overall unproductive.

There has been a direct correlation between waking up early and being productive for me, personally.

So, in this post, I want to push you to wake up earlier than usual!

12. “There is no better day than today for us to give up who we’ve been for who we can become, and upgrade the life we’ve been living for the one we really want.” – Hal Elrod

13. “Early to bed and early to rise makes a man healthy, wealthy and wise.” – Unknown

14. “The secret of your future is hidden in your daily routine.” – Mike Murdoch

15. “Some people dream of success, others wake up and achieve it. ” – Unknown

17. “Just one small positive thought in the morning can change your whole day.” – Dalai Lama

18. “When you arise in the morning, think of what a precious privilege it is to be alive – to breathe, to think, to enjoy, to love.” – Marcus Aurelius

It can be tough to wake up early in the beginning, but as you build the habit, it gets easier.

And although it doesn’t seem like it at first, the pros do indeed outweigh the cons! 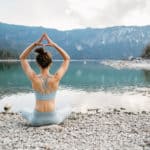 7 Healthy Habits to Develop in Your 30s as a Woman

How to afford to live alone

13 ways to reset your life