You assumed there was chemistry.

You felt a spark.

And you weren’t opposed to the idea of starting a relationship with him.

But he turned down your advances and clearly stated that he wasn’t interested in pursuing a relationship with you.

You were dejected, maybe even heartbroken.

But after the whole ordeal, you noticed that he is talking to you and it feels like there is something more.

So, why is he acting interested after rejecting you?

And what can you do about it?

In this post, I’ll cover everything you need to know.

7 Reasons why he rejected you but still acts interested

1. You’re not what he wants in a partner

A lot of people will genuinely like you over the years.

But not everyone is going to want you to be a romantic partner to them.

There is a very strong chance that he likes you as a person and wants to have you as a friend.

That’s why he rejected you.

2. He cannot make up his mind

A lot of people don’t know what they want.

Perhaps he is an example of that.

Maybe he likes you but is not sure that you are the right fit for him.

So, this could mean that he has feelings for you but is not sure if you should start dating.

He could have any number of things holding him back.

If at all, you feel you need an answer – ask him.

Be honest and just ask him what’s on his mind.

Maybe he is interested in more than 1 woman and he is not able to make up his mind.

He likes you but he also likes someone else.

In that case, accept that he has made it clear where you stand and let it go.

He is definitely not the right guy for you if he can’t make up his mind.

4. You both have different goals and values

Sometimes 2 people can really like or love each other but they may just have very different values.

Maybe your lifestyles are pole apart or both of you want different things in the future.

He has realized this after talking to you and feels that you are not the right person for him.

It’s not a bad sign, it just means it is what it is.

When a person really loves someone and feels there is something there, they’re never going to say no.

At the end of the day, you have your answer – he said no.

Maybe he isn’t ready to be in a relationship right now. You have no idea what’s happening in his mind.

Maybe he wants to pursue work/education or he has other goals that he wants to fulfill before he even thinks of a relationship.

The timing has to be right.

6. He has personal issues

He may not be over his past or ex-girlfriend.

That may be holding him back because he feels it’s too soon to get into a relationship.

He may be struggling with other issues like anxiety, depression, low self-esteem, etc.

These are all issues people don’t always speak of.

And you’re only seeing what he’s showing you.

You don’t really know why he said no, but at the end of the day, you have to respect his opinion.

7. His family/friends are influencing him

Believe it or not, my relationship with my second ex ended this way.

I was a divorcee and his parents wouldn’t accept that.

They convinced him that God had a better girl in mind for him – a virgin.

And although I thought the best of my ex and believed he would stand up for me, he didn’t.

He chose his parents and I accepted it.

It was not easy and I was heartbroken. But I moved on.

In time, I found someone who was okay with who I was and accepted me for me.

So, if at all you know that his family or friends have influenced him, please be grateful that he is showing you what he truly is.

A person who can easily be influenced by others and not think for themselves is not a person you should be dating.

This emotional immaturity is going to show in other areas of the relationship.

You will find someone who can make their own decisions.

What do I do if he rejected me?

1. Understand that it’s not you

It’s so easy to blame ourselves when we don’t get what we want.

Just because someone rejects you, doesn’t mean that you are at fault or you’re not good enough.

It simply means that he isn’t interested in a romantic relationship with you and everybody is entitled to their decision.

Nobody should be forced to date anyone.

So, don’t take it personally.

Understand that it’s just not meant to be and move on.

If this is bothering you so much and you are very close to this person, then talk to him.

I’m not suggesting forcing him into liking you.

But I am telling you to open up and talk to him.

Tell him that you really liked him and you were disappointed that he said no. Ask him why he is continuing to pursue you and tell him that it’s making it harder for you to move on.

His answer may make sense to you or it may not.

You may get closure or you may not.

Take the information you get and accept it with grace.

It’s not easy to get a rejection when you genuinely like someone, but it shows how remarkable you are.

All you know is that he is not interested in taking it further, so accept it and move on.

You have your whole life ahead of you.

And maybe this person really meant something to you.

It’s okay to have feelings for someone and not have them reciprocated.

It happens to almost everyone at some point in their lives.

But you respected his opinion and understood that he doesn’t want this.

The best thing to do is move on.

This might take some time especially if you had strong feelings for this man.

But it is going to happen.

There are so many people who want a loving, long-term relationship. So, carry on your search.

How do you make a guy fall for you after he rejected you?

Anyone who tells you to do this or gives you this advice is misleading you.

Even on the off-chance, you do end up winning his affection, you have to realize the following:

1. Know that he is indecisive

Just like you tried hard to win his affection after he rejected you, some other person may do the same in the future.

A person who can so easily be swayed especially after telling you is not interested, is not worth pursuing.

Please understand that such people have difficulty maintaining relationships because they are not strong enough to follow through with any decision.

2. Know that you deserve better

When a person has told you that they are not interested, respect their opinion.

Sometimes, we get closure.

And sometimes they don’t

It definitely stings to be rejected. I’ve been rejected before and although it stung, I took it in my stride and continued to be friends with this man.

You deserve a person that knows he wants to be with you.

You shouldn’t have to convince someone to love you – love isn’t that hard.

If you are very confused about how he is treating you and you feel he is genuinely coming on to you, talk to him.

Ask him why he is pursuing you when he clearly told you that he only saw you as a friend.

At the end of the day, please realize that you cannot control the actions of others, only yourself.

So, my advice is to draw healthy boundaries that explain where he stands.

If he’s told you that he is not interested in a relationship with you, then let it go.

Don’t keep bringing it up even if you feel you both would make a great couple.

Understand that this is your opinion and everybody is entitled to make their own choices.

He has made his choice.

You will need to move on.

If you have feelings for him, and you’re finding it difficult to stay friends – then limit the conversations so that you can move on.

You can even cut him off if you are struggling to get him out of your head.

But please talk to him, especially if both of you had a very long friendship or knew each other for a long time.

Tell him that you need some time apart so that you can start focusing on your life.

Explain to him that the constant texting/calling is not helping you move on.

6. Tell him he can’t have his cake and eat it too

If you feel that he is flirting with you or making advances but at the same time is very clear that he doesn’t want a relationship – then he is just playing you.

A lot of men do this when they don’t want anything serious but want to play the field.

If he isn’t getting it, cut him off.

He made it clear that he didn’t want a relationship but is continuing to play on your feelings – that’s low.

Please don’t engage with this kind of toxicity.

If you had very strong feelings for this man, it’s okay to grieve.

A lot of people develop feelings for people who don’t reciprocate their feelings.

It’s heartbreaking but it’s the price you pay when you put your heart out there.

You didn’t do anything wrong, you just fell in love.

It will happen to almost everyone in their lifetime – they’ll like someone who just doesn’t like them back in that way.

So, grieve – take some time off to mourn that loss.

And when you come back, you will be stronger.

You will learn to read people better and you will get better at picking people who are more compatible with you.

At the end of the day, there is no such thing as closure.

Like I said earlier, we can only control our actions – not others.

So if at any time you are uncomfortable with the way he’s treating you or you feel like you’re being used especially after he rejected you – then move on.

Drawing healthy boundaries is a skill that every single person needs to learn.

Do not let people walk all over you especially if they’ve already made a decision.

You’re not a switch that can be turned on and off.

You are a human being with feelings.

So, if he’s rejected you – take that as an answer and move on.

You deserve someone who loves you and isn’t wonky about it.

Love is really that simple.

Here are some more posts you may find helpful:

17 Undeniable Signs Your Boyfriend is Using You Financially 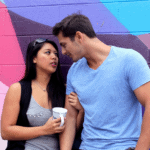