You are unsure of his motives.

Your conversations are pretty deep and he seems genuinely nice.

But why does he only call you at night?

Is it just because he’s lonely or maybe he wants someone to keep him warm at night?

In this post, I’ll talk about all the possible reasons he’s calling you at night and help give you tips on responding.

Why does he only call me at night? 7 honest reasons

Believe it or not, a lot of men don’t really have people to talk to.

During the day they’re busy with work or college and at night they catch up with their chores.

They genuinely feel lonely at times and maybe they’ve found a good friend in you.

You’re probably a good listener and they just want to talk to you.

This is a very rare case.

But this still doesn’t excuse why he’s calling you so late at night. It’s not polite and it’s not nice if this is a daily occurrence. I will discuss how to deal with this at the end of this article.

Let’s look at the other reasons.

2. He is going through a heavy ordeal

We all go through bad phases in life.

And we women usually are very compassionate to other women when they want to unload their feelings onto us.

We listen and we sympathize.

But men don’t find it easy to talk to other men unless they’ve known each other for a long time.

They are usually made fun of or are told to “grow a pair” if they showcase emotions or cry.

It’s just how our society is.

Although we’ve come a long way as humans, we still have so much to improve.

And often men are looking for someone to listen to all their woes. These are also the same men that need to heal.

When they find someone nice, they latch on.

And you’re probably his new confidante.

3. He really wants to get close to you

But if he only calls you at night and only likes to talk to you about sexual or physical topics, chances are it’s the latter.

Most of us usually lower our inhibitions before going to sleep.

I remember when I was dating my boyfriend initially and we’d talk on the phone for hours – he usually became very open towards the late hours of the night.

4. He wants to be physically intimate with you

Unfortunately, a lot of men just don’t know how to wait and approach a woman honestly.

They think by talking to you late at night, they’ll woo you and win you over.

However, this is not the right way to go about it unless he has made his intentions clear.

So, if he calls you only at night and constantly makes suggestions that you should come over or is suggesting that he does – then he definitely wants to get close to you.

A lot of people cannot spend time alone by themselves.

This is a serious problem because it indicates that they are not at peace with themselves.

It is unwise to enter a relationship with such a person because they usually haven’t healed or haven’t recovered from their past traumas.

It’s only going to lead to heartbreak and misery.

They also seldom know what they really want. And this creates a problem for both them and the person they decide to enter a relationship with.

This can happen if his confidence has suddenly been shattered.

He could have just come out from a horrible breakup or he may have been rejected lately by a woman that he was trying to get close to.

Either way, when some men get rejected and have a serious confidence blow, they usually reach for people who they know will lend them a sympathetic ear.

I’ve had male friends do this with me in the past.

And although it’s nice in the beginning to have good conversations, eventually you will get drained.

You will get tired of listening to the never-ending problems that they have no interest in solving.

Because the people who like to complain a lot, are also the same people who never want to fix their problems.

They don’t take hints and they don’t try to better themselves.

They expect the universe to do that for them.

What I want you to realize is that you aren’t their therapist and you will need to draw the line at some point.

This is similar to the previous point, he basically doesn’t want to be alone.

Instead of being okay with being single, figuring out what he wants, and then going out to date healthily, he’s making a list of everyone he can depend on and have as a backup so that he’s not single.

Some people are desperate to be in relationships.

They will get together with anyone that fulfills their basic requirements in order to NOT be alone.

It’s not healthy and it leads to unfulfilling relationships.

What does it mean when a guy stays up late to talk to you?

It simply means that he’s enjoying the conversation just as much as you are.

Now, if you are dating and he stays up late to talk to you, it means he genuinely trusts you and that’s probably why he is revealing so much personal information about himself to you every day.

But it’s very hard to understand his intentions unless he comes clean and just tells you honestly.

This brings me to my next point.

How do you deal with a guy who calls you only late at night?

1. Ask yourself if you’re enjoying this

If you honestly like talking to this guy at late hours and it’s just a good way to kill time, then don’t worry about it.

But be honest with yourself about your expectations.

If it’s simply to talk to someone and pass time, it’s okay.

But if you want the conversations to go somewhere, then this is not going to be very unhealthy unless you get real and talk to him about it.

Both of you need to be on the same page. You can’t just expect things to go somewhere without talking about it and laying all your cards on the table.

2. If it’s one-sided then you need to end it

If you really value your sleep and all he’s doing is dumping all of his problems on you, then you will need to draw boundaries.

Please understand that you are not his therapist.

Just because he is your friend, doesn’t mean he should take advantage of your good nature.

So, you will need to be honest with him and tell him that this can’t go on.

You have to break it gently and say that he needs to solve his problems on his own or call at a reasonable hour.

You can’t do late nights.

If you’re unable to break that to him, then end the call early saying that you’re tired and you have an early morning.

Repeat that for a few days and he’ll understand that you are not really looking forward to his calls.

3. If you’re confused, ask him

If you don’t know what’s happening or if he has other intentions, the best thing to do is ask him about it.

You have every right to know what he wants and what his intentions are when he’s taking up so much of your time.

Ask him if you guys are just friends or if he is hoping for something else.

If he does tell you he only sees you as a friend, then draw boundaries.

Tell him that you can’t take such late calls and it’s really impeding your work/study life.

If he is hoping for something else, then tell him you need time.

I highly suggest not entering a relationship with someone who has a lot of work to do on themselves.

Like I said before, they’re hurting and they most probably need to sit with themselves and work out what they really want.

When unhealed people get into relationships, they dump all their emotional baggage on the other person.

It may not seem like much to you right now, but eventually, it is going to pile up and you are going to get drained.

Please know that everybody has problems but we find a way to deal with them without calling others late at night.

It shows a lack of concern or respect for the other person and it shows that all he’s doing is thinking of himself and his needs – especially if you’ve not returned his calls or shown him the same interest.

All my life, I struggled with this.

So I know it’s not easy to do this and it takes practice.

Please know that being extra nice and kind is only going to hurt you.

You need to draw boundaries if you are uncomfortable with these late-night calls.

The more you oblige and talk to him, the more he’s going to take advantage of your kindness.

Don’t let people walk over you.

If you’ve made it clear that you don’t like these late-night calls and he continues to call, you have complete right to block him or put your phone on airplane mode.

5. Don’t be afraid to be alone

At any point, if you feel like he’s preying on your kindness and ignoring your boundaries, cut him off.

Please don’t be afraid to cut people off even if they are a huge part of your life.

But remember, you will never meet the right people if you continue to keep the wrong ones in your life.

It’s alright to be alone.

Learn to love being alone – embrace it.

I talk about self-love in almost every blog post I write because I feel it’s underrated.

We feel that loving others is more important but you can’t love others 24/7.

At some point, you need to show the same love and kindness you show others to yourself.

A huge part of loving yourself is learning how to say no to people.

It’s about not letting others take advantage of you. It’s about being there for yourself and understanding when you are going to be used/taken advantage of.

None of this happens in a day – it takes time.

But it’s worth it because the quality of your life will improve vehemently once you learn how to love yourself unapologetically.

I hope no matter what he is going through, you are able to put your needs and your comfort first.

If you feel after all your efforts, he is not being straight with you or is continuing to cross the boundaries you’ve drawn, then it might be time to step up and just ignore his calls and texts till he gets the message.

Do it peacefully but do what feels right to you.

Here are a few more posts that will help you: 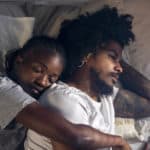 He Wants to Date Other People – What do You do? 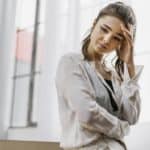 I Thought He Was The One: What I Did After I Lost Him